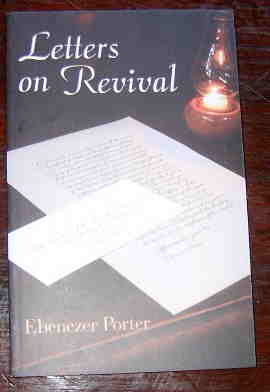 These seven letters were originally addressed to the Committee of the Revival Association at Andover . Ebenezer Porter was an eyewitness of the revivals which began in New England in 1798, and knew many of the older ministers who were intimately involved in them. His knowledge and close acquaintance with the facts equipped him to draw lessons of permanent value from the period. His comments are characterized by both great zeal to see the church revived by the genuine work of God, and by great wisdom and moderation in resisting tendencies to extravagance and fanaticism in the promotion of revival. Porter outlines the characteristics of the revivals he witnessed, the means used for the conversion of sinners, hindrances to revivals, the exercises of those hopefully converted, and the long-term effects of the revivals on the churches. He also deals helpfully with new theories that were appearing on the subject of divine influence in the conversion of sinners. (reformation Heritage)