"Here is the moving story of a woman who knew her God. Men and women, young and old, will find inspiration in the life of Isabella Graham. You will have a hard time putting this book down. From her loss of her husband when she was but thirty-one, to her subsequent poverty, to her labors in teaching young women and finding work for the poor, Mrs. Graham exemplified sweet submission and diligent service to the Lord. May God use this book to raise up many other people of similar Christlikeness!" -Joel R. Beeke, President, Puritan Reformed Theological Seminary, Grand Rapids, Michigan"This a fine book for Christian women of all ages. Isabella Graham began to walk with the Lord in her youth and continued to do so in young adulthood, through the years of middle age, and on into old age, experiencing, along the way, many sorrows and joys as a daughter, wife, mother, and grandmother. The record of her journey, in this memoir of her life and writings, is a testimony to the marvelous grace of God. It shows us how he cares for his own, works all things together for their good, and comforts as well as sends grief. Above all, it shows us what great things he can do through a woman who is deeply devoted both to him and to his service." - David Campbell, Pastor of Grace Baptist of Carlisle, PA"What a delight to become acquainted with Isabella Graham! She was a wise, godly, solid-gold Christian woman, who in the midst of much suffering lived a life of faith in her God." -Sara Leone, author of "Her Husband's Crown" by Banner of TruthThe Power of Faith Exemplified in the Life and Writings of the late Mrs. Isabella GrahamAn Introduction to a New Generation by Sara Leone"Recently an elderly couple in our church gave my husband a number of beautiful old books. Among them I discovered a memoir of Isabella Graham. It has been delightful to become acquainted with Isabella Graham.As older women are to teach the younger women, Isabella Graham (1742-1814) is one of those Christian women who will be a safe guide for us in our life of faith. I say this because of her evident close walk with the Lord, her saturation in the Word of God, and her constantly pointing others to Christ.Isabella Graham lived out her faith in the midst of much suffering. Widowed at the age of 31 with three young daughters and a son on the way, she was cast upon the Lord, took hold of God's promises to the widow, and never let go. Mrs. Graham was single-minded throughout her life in her overarching desire and prayer for the salvation of her children and grandchildren. Nothing else mattered but that they knew and loved the Lord. Nothing. 'My only concern and prayer to God for them is, that they may be early taught to love God and serve him. I am equally indifferent what station of life they may occupy, whether they swim in affluence or earn their daily bread' (p. 49). Can we as mothers say the same?Here was a woman who left her homeland of Scotland for America where she perceived the church of Christ would flourish. Why her determination to move? She desired that her children could be settled there. It was for her children's spiritual good.Do you know what it is to yearn after a prodigal son? From her own sad experience, she carefully and tenderly offers advice for those suffering the death of a wayward child for whom they had prayed - trust and hope in God.Isabella Graham knew how to abound and how to suffer loss. At one point in her widowhood, the family was reduced to eating porridge and potatoes. Reflecting on those impoverished days, Isabella Graham later wrote to a friend undergoing suffering, 'O, what sweet meals have I and my children made on hot potatoes, nicely boiled and cracked, with salt - not merely content, but they tasted good and savory. There are peculiar pleasures in a life of that kind. You shall yet sing of it.' (p. 302) In spite of their poverty, she enjoyed peace with God and contentment.To support her little family, Isabella, who, in God's providence, had been more highly educated than was usual in those days, opened schools for young ladies. She had a tender, loving manner with the young. In later life her former students spoke highly of her godly influence on their lives. Indeed she was 'a mother in Israel' (Judges 5:7).How does the world remember Isabella Graham? She is remembered as a philanthropist in an age of limited safety nets. A widow herself of modest means, she served as the first directress of the Female Society for the Relief of Poor Widows with Small Children, she help start an orphanage and a Bible society, she supported the first missionary society in New York, and she visited the poorest of the poor including newly-arrived immigrant families and female prisoners. Her faith in beginning endeavors with slender means is exemplary. In spite of limited funds, she moved ahead with the projects, trusting the Lord to provide the rest. And He did!Isabella Graham's biography is interspersed with her own writings either from her devotional exercises ('prayer journal'), or her letters often written to younger friends. Isabella Graham's prayers are soaked in Scripture and evidence a deep hunger for God. Having a strong grasp of orthodox Christianity (her favorite authors were John Owen, William Romaine, and John Newton) she could hold her own against rising liberalism and also faithfully explain biblical doctrine to others. I highly commend to you the reading of this book about Isabella Graham, 'whose faith follow, considering the outcome of [her] conduct.' - Sara Leone

Title: The Power of Faith Edited by Divie & Joanna Bethune 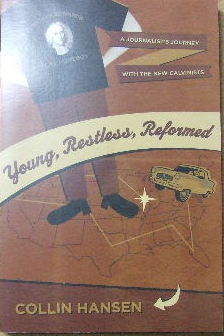 Young, Restless, Reformed: A Journalist's Journey with the New Calvinists.

Young, Restless, Reformed: A Journalist's Journey with the New Calvinists.

Legacy of Faith: From Women of the Bible to Women of Today. 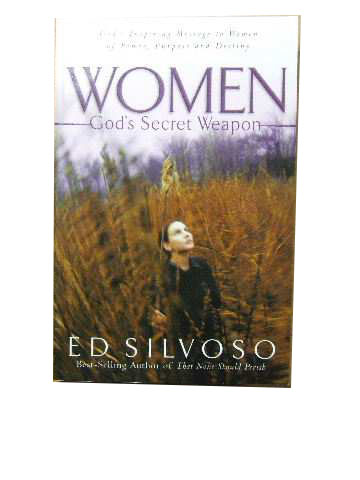 Lost Women of the Bible The women we thought we knew

Lost Women of the Bible Finding Strength & Significance through their Stories