'The Death of Death in the Death of Christ is a polemical work, designed to show, among other things, that the doctrine of universal redemption is unscriptural and destructive of the gospel. Thos who see no need for doctrinal exactness and have no time for theological debates which show up divisions between Evangelicals may well regret its reappearance. Some may find the very sound of Owen's thesis so shocking that they will refuse to read his book at all. But there are signs today of a new upsurge of interest in the theology of the Bible: a new readiness to test tradition, to search the Scriptures and to think through the faith. It is to those who share this readiness that Owen's treatise is offered, in the belief that it will help us in one of the most urgen tasks facing Evangelical Christendom today-the recovery of the gospel. 'It is safe to say that no comparable exposition of the work of redemption as planned and executed by the Triune Jehovah has ever been done since Owen published his in 1684. None has been needed. Owen's interpretation of the texts is sure; his power of theological construction is superb; nothing that needs discussing is omitted, and no arguments for or against his position have been used since his day which he has not himself noted and dealt with. Owen's work is a constructive broad-based biblical analysis of the heart of the gospel, and myst be taken seriously as such. Nobody has a right to dismiss the doctrine of the limitedness of the atonement as a monstrosity of Calvinistic logic until he as refuted Owen's proof that it is part of the uniform biblical presentation of redemption, clearly taught in plain text after plain text. And nobody has done that yet.' -J.I. Packer(Publisher) 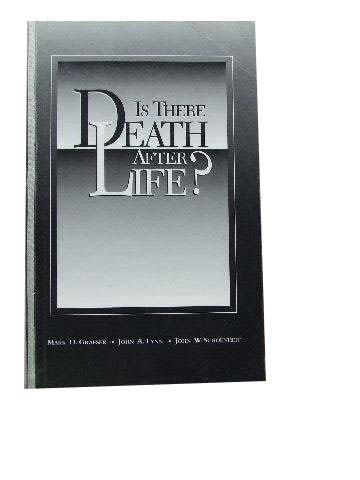 Is There Death After Life?

Sin, Death and the Devil.