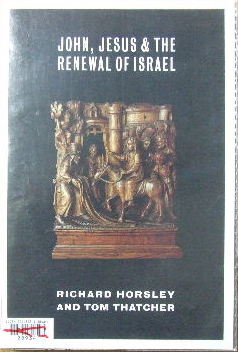 John, Jesus, and the Renewal of Israel.

Over the centuries, Paul has been understood as the prototypical convert from Judaism to Christianity. At the time of Paul?s conversion, however, Christianity did not yet exist. Moreover, Paul says nothing to indicate that he was abandoning Judaism or Israel. He, in fact, understood his mission as the fulfillment of the promises to Israel and of Israel?s own destiny. In brief, Paul?s gospel and mission were set over against the Roman Empire, not Judaism.This anthology brings together incisive and groundbreaking essays on: 1) "The Gospel of Imperial Salvation," revealing ...
View More...